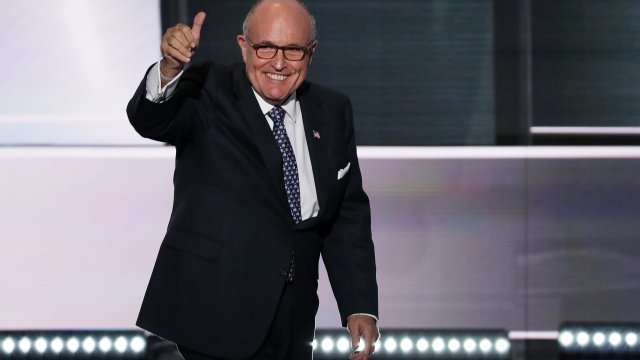 Giuliani, who is a fan of Trump, told The Washington Post: "I"m doing it because I hope we can negotiate an end to this for the good of the country and because I have high regard for the president and for Bob Mueller."

Trump's legal team has struggled to find additional lawyers and could use a new member.

Giuliani worked as a prosecutor in the '80s. He was considered for a job in Trump's Cabinet but was ultimately passed over.