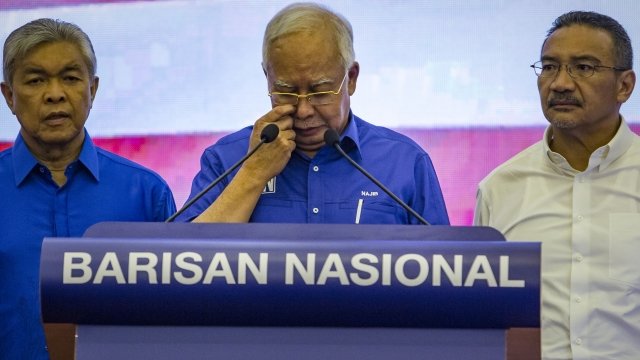 The new prime minister, 92-year-old Mahathir Mohamad, confirmed the ban Saturday. Najib had reportedly tried to leave the country with his family after losing Wednesday's election to Mahathir.

After the ban was announced, Najib said on social media that he would abide by the travel restrictions. He also said he was stepping down as head of his political party.

Najib has been implicated in a scandal involving state-run investment fund 1MDB, short for 1Malaysia Development Berhad. Najib and his allies are accused of siphoning billions of dollars from the fund. He denies any wrongdoing.