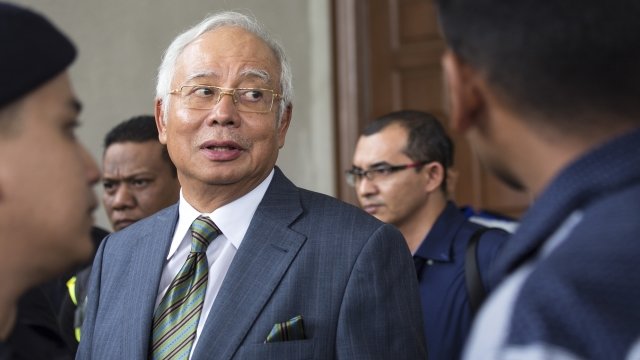 By Andrea Gonzales
September 19, 2018
Najib Razak is accused of transferring over $600 million to his personal bank account from a state-run investment fund.
SHOW TRANSCRIPT

The new charges are related to over $600 million that appeared in Razak's personal account in 2013. The New York Times reports Razak claims the money came from Saudi donors, but prosecutors say it came from the investment fund.

Newsy previously reported Razak was charged with criminal breach of trust and abuse of power in July. He was then charged with money laundering in August. All of these were for allegedly transferring about $10 million from the public account to his personal one.

He has consistently denied any wrongdoing and pleaded not guilty to all of the charges. Razak is scheduled to appear in court Thursday.