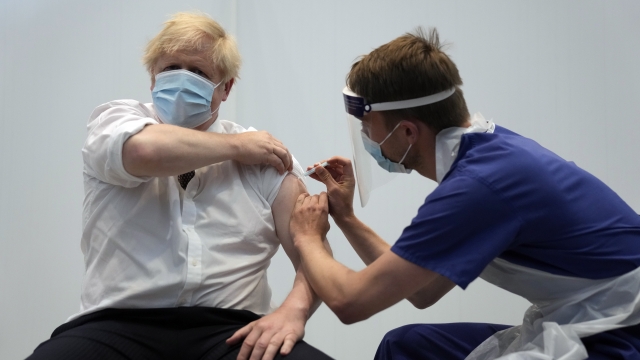 They said the G-7 countries should pay about $30 billion a year over two years to help fight the virus.

One hundred former world leaders, including presidents, prime ministers and foreign diplomats are urging the group of seven to help vaccinate the poor.

In a letter, they said support from the group of seven industrialized nations to help make vaccines readily accessible to low and middle-income countries is not an act of charity, but rather something that's in every country's interest.

They said the G-7 countries should pay about $30 billion a year over two years to help fight the virus. Leaders from those countries are set to meet this week.

The U.S. reached another major milestone in the vaccination effort — more than 300 million doses have been administered.

The CDC says almost half of the U.S. population over the age of 12 is now fully vaccinated. And that has made a major impact on the number of cases and deaths.

The CDC says the seven-day average of new daily cases as of Saturday is less than 13,000. That number was nearly 64,000 two months ago.

But the U.S. still has a ways to go to hit the White House's goal of 70% of adults vaccinated by Independence day.