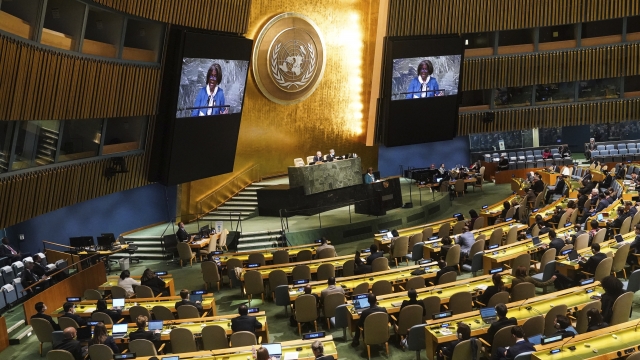 The FBI's counterintelligence battles are fought secretly every single day.

NEWSY'S SASHA INGBER: We're sitting here, it's a beautiful fall day outside of D.C. while Russia is seeing major losses in Ukraine and retaliating there. Are you in any way concerned that Russia could try something here in the U.S.?

FORMER FBI SPECIAL AGENT PETER LAPP: I'm very concerned. They're a pretty aggressive intelligence service. Even, a lot of countries don't do a lot out of their embassies. Russia is pretty aggressive, from working out of their own embassy where they know that the FBI is watching and keeping an eye on them. They're pretty brazen when it comes to moving around and doing things here in the United States. They seem to be enjoying our freedom a little too much.

Newsy spoke to Lapp about what Vladimir Putin may try as he becomes more desperate in Ukraine, pressured in Russia, and angry at the West. Lapp estimates there are several dozen Russian intelligence officers working at the Russian embassy in D.C., the mission in New York and other places where Moscow has a diplomatic presence. He thinks dozens more may be operating secretly, without diplomatic cover.

A prominent Putin critic recently died nearby in the nation's capital, after falling from a building. The D.C. Metropolitan Police tell Newsy it remains an "active death investigation," though no foul play is suspected at this time. Still his acquaintances have raised questions about whether Russia was involved.

Three former senior U.S. intelligence officers tell Newsy that before Putin's full-scale invasion in Ukraine, Moscow sent surveillance teams to hunt down Russian defectors on U.S. soil. One of those former officers says defectors are nervous. The Russian government even mailed a letter to a defector, notifying the person that they had been sentenced to death in absentia. 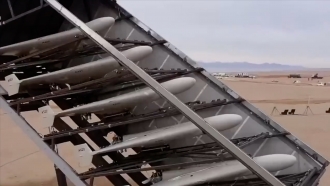 "Not surprised. It's something that certainly would scare and intimidate even a hardened individual like a former Russian intelligence officer," said Lapp.

He told Newsy Russia has likely increased their monitoring of potential defectors and stepped up efforts to locate defectors. A growing list of gas and oil executives, including ones from a Russian oil giant that disapproved of the war in Ukraine, have died suspiciously since the war began, with reports of them falling out of windows or being found in bloody murder-suicides with their families.

INGBER: Why would Russia put so much resources into going after defectors? What is the value in that?

LAPP: It sends a message to its current workforce. 'Don't defect. We'll come after you. We'll find you.'

The war may benefit U.S. intelligence. The FBI hopes disgruntled Russian intelligence officers may consider defecting. Their insights could provide a better understanding of Russia's calculations and capabilities.

The FBI's search for defectors literally reached visitors to Russia's embassy in Washington.

"When the cell phone was pointed in a certain direction coming out of the embassy, their social media feed would pick up an advertisement from the FBI, welcoming anyone leaving the embassy to come talk to the FBI. When there was a phone on the other side of the street not coming out of the Russian embassy, that social media feed wouldn't get that targeted message from the FBI," said Lapp.

But the FBI is also seeing the reverse — some Americans are trying to help Russia. A former NSA employee in Colorado allegedly tried to sell classified information to Russia in August and September. Around the same time, a Maryland couple, one of whom was an Army major, allegedly tried to share confidential health information about government and military patients for Moscow's exploitation.

"I am very concerned that there's other Americans out there that have access, that work within our government, work within our military who are sympathetic to Russia, and therefore potentially likely to see that they want to help in some way the Russian government," said Lapp.