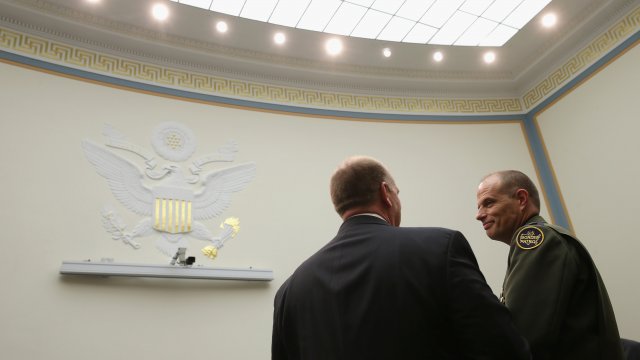 The former acting director of Immigration and Customs Enforcement, Tom Homan, is returning to the Trump administration to act as a "border czar".

President Trump made the announcement during an interview with "Fox & Friends" on Friday. He said Homan would report directly to him and be "very involved with the border," but didn't say what Homan's exact duties would be.

Homan served as the acting head of ICE for 18 months under the Trump administration, but he retired from public office last year after his nomination to the permanent position was held up in the Senate.

In the months since his retirement, Homan has vocally supported President Trump's immigration policies during appearances on Fox News.

President Trump didn't give a timeline for Homan's official appointment to the role.