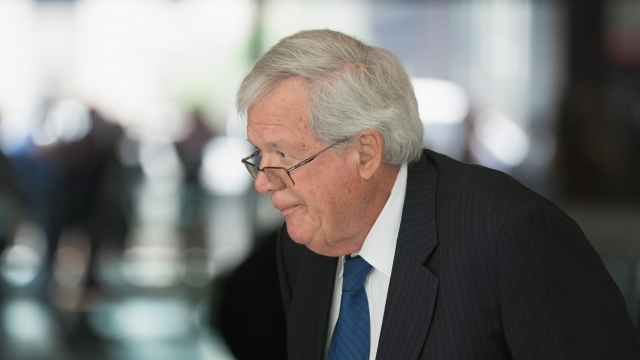 Prosecutors accuse former Speaker of the House Dennis Hastert of molesting at least four boys during his time as a high school wrestling coach.

Hastert was once named Illinois' coach of the year, but federal prosecutors filed documents Friday saying "known acts" happened during the mid-'60s to early '80s, with the youngest victim being 14.

This comes just weeks before the 74-year-old is set to be sentenced for lying to the FBI about $3.5 million in illegal structured bank withdrawals.

That $3.5 million was supposedly hush money for someone Hastert initially said was blackmailing him, but investigators now say that individual is one of the survivors.

In October, he pleaded guilty to structuring the hush money payments, and his charge for lying to the FBI is supposed to be dropped.

Statute of limitations laws mean Hastert can't be charged for the sexual abuse, but prosecutors asked the judge for a six-month prison sentence for the withdrawals.

Hastert's attorneys argue because of his poor health he should receive probation instead of prison time.

This video includes clips from U.S. House of Representatives and CBS and images from Getty Images.