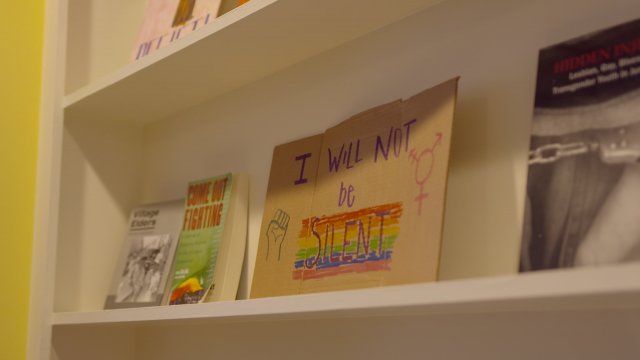 One of the biggest proponents of gay conversion therapy now says he's gay. McKrae Game is the founder of Hope for Wholeness in South Carolina. In a nearly 850 word essay posted to Facebook, Game now says "conversion therapy IS HARMFUL." The company's website claims to quote "share the freedom in Christ we’ve experienced from homosexuality, transgenderism, and other forms of brokenness."

Adalphie Johnson is the Director of Programs at Smyal, a group created 35 years ago when men in Washington, D.C. were being institutionalized for feminity. Their focus now is on creating community for LGBTQ youth. Johnson says conversion therapy is a psychological or spiritual effort to convert someone from LGBTQ to heterosexual.

"It's that constant intentional time to tell people you are wrong you are going to hell if you participate in any of these things and here's what you need to do so you can be made whole," she said.

According to a UCLA study, nearly 700,000 LGBTQ adults have undergone  some form of conversion therapy. A 2009 report from the American Psychological Association notes some therapists have even used extreme measures like institutionalization, castration and shock therapy. Others show homoerotic images, attempt to make the person more feminine or masculine and teach heterosexual dating skills. The American Psychological Association opposes this treatment. Game was fired in November 2017, but didn't come out until June. He is now apologizing, saying he was "wrong…" and asking for forgiveness.

"I'm not surprised that has happened. It's unfortunate for all the people who have been damaged in the process. When you talk about suicidal ideation behind things like this. Those are things that can't be erased. We can't say oops. It doesn't happen like that," Johnson explained.

Johnson says putting a child in conversion therapy can have devastating effects.

Game, who posted photos to Facebook showing his ordination with the church, says he used to tell children they were going to "hell if they didn't stop." He calls it his most wrongful act.

Conversion therapy for minors is banned in 18 states plus Washington D.C. 31 states have no policy on this issue at all.  Newsy reached out to McKrae Game for an interview but did not immediately hear back.