Meet The Former Gang Leader Who Wants A Safer Chicago 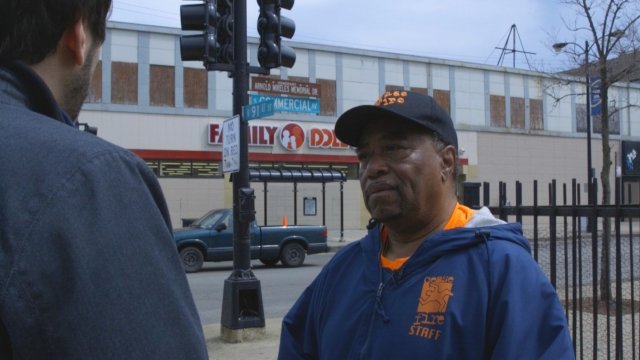 SMS
Meet The Former Gang Leader Who Wants A Safer Chicago
By Jay Strubberg
By Jay Strubberg
May 4, 2018
Gangs are dangerous. So, what motivates a person to join one? Newsy asked an ex-gang leader who's now an outreach worker.
SHOW TRANSCRIPT

We hear a lot about gang violence.

But, what are gangs? Where are they a problem? Why do people join? And what inspires people to get out? It's tough to pin down one all-encompassing definition of a gang because they come in different forms with different agendas and motives.

Biker gangs, prison gangs, street gangs, the list goes on. But, in general, here's the definition: It's an at least semi-organized group of three or more people who have a common identity, and it espouses illegal activity, sometimes in violent ways.

Typically, signs, colors or other markers distinguish the group, and gang leaders use harsh tactics to keep members in line and grow their power.

According to the FBI, as of 2011, there were more than 33,000 gangs in the U.S. and Puerto Rico — collectively including roughly 1.4 million members. That's about the population of Boston and Seattle combined.

The vast majority of gangs in the U.S. are in cities and the suburbs. You won't find too many in rural America.

Floyd — better known in his community as U.S., grew up in a rough neighborhood in Chicago's South Side. He lost his mother at an early age, and his father was largely absent from his life. By the time he was 15, he had joined a gang.

Research suggests there are several reasons a young person might join one. It could be an effort to boost popularity in an area, pad the wallet, achieve a sense of belonging or for security. Floyd said he got involved for camaraderie.

"Mostly all my friends was in the gangs when I joined. And, you know, I had been hanging around them and running with them. And they was in gangs already. So I'm like, man, you know, they like, 'Come on. Be with us.' You know, 'Kick it with us,' or 'Ride with us.' So, eventually, they won me over, so I joined the gang. And I became popular. What they call ... I put in a lot of work. I'm just gonna leave it at that," Floyd said.

Floyd eventually became a leader of the infamous Gangster Disciples, a dangerous and deadly criminal gang that formed in Chicago and has been around for decades. The group now has tens of thousands of members and a presence in over 100 cities across the country.

Shootings, illegal drug deals, Floyd has seen it all — and he's been targeted, too.

"I can't even remember all the times that I've been shot at or attempts on my life. But I've been shot once. But all the other times, I've been fortunate enough to escape. But, yeah. And these are rival gang members? Rival gang members. Drug wars. Shootouts. All kind of stuff. Whatever goes with the program," Floyd said. "I had security. I had security all the time. Wherever I went, there were some guys with me."

Gangs are prevalent in Chicago's South and West sides and are a huge factor in a gun violence problem that has plagued the city. It's no coincidence those two areas of Chicago are ground zero for economic hardships. In fact, the poverty rate in some of those neighborhoods is greater than 50 percent. The poverty rate isn't anywhere nearly as bad in most of Chicago's more affluent North Side — where gang activity isn't as big of a problem. Floyd says money is definitely a factor.

"Yes, economics. Yes, poverty, economics ... always gonna have something to do with it. You know, you gonna have gangs wherever you got poverty and there's not a lot of money circulating. That breeds gangs and violence," he said. 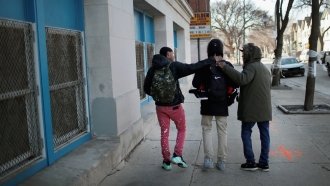 Floyd served time behind bars for drug offenses. But the now 67-year-old has turned the page and abandoned gang life.

He dedicates his time to encouraging people to avoid violence. Floyd is a supervisor for the outreach group CeaseFire Illinois. One study led by Northwestern University found that the number of shootings and gang-involved killings dropped in certain places where CeaseFire existed.

Floyd said he thinks that's a pretty clear indicator of the work CeaseFire is doing.

"You look at all of the other communities that CeaseFire wasn't in at that time, the violence was the same or rose up. When we come into community the violence tends to go down. The numbers show that they go down. The data," he said.

Floyd has tried his best to abandon his former gang life, even though people around town still remember him for it. He tries to persuade young people not to go down the same dangerous path he did — and to save lives in the process, including their own.

Floyd said: "I owe big time. ... 'cause I done a lot of stuff that I'm not proud of. And, like I said, I hurt my own people; I hurt my community. And they suffered for the stuff that I did. Yeah, so I owe big time. Like I said, I was apart of the problem. Now, I want to be a part of the solution. And I want to give back. And I want to save lives and help the young people wherever I can."