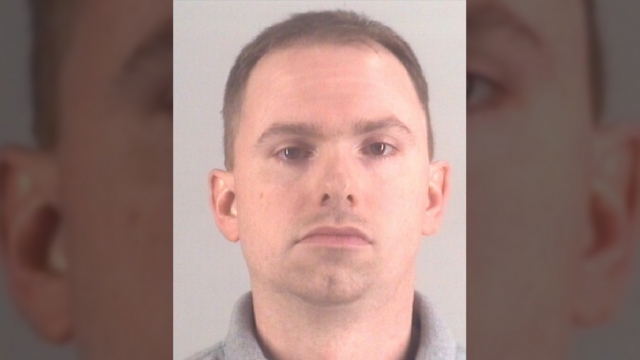 The former Fort Worth, Texas, police officer charged with the murder of Atatiana Jefferson has posted his $200,000 bail.

Interim Fort Worth Police Chief Ed Kraus said in a press conference Tuesday that Aaron Dean was freed from the Tarrant County Jail around 9 p.m. local time Monday. Dean has yet to be interviewed or provide a statement to investigators.

Jefferson was fatally shot through the window of her home early Saturday morning while playing video games with her 8-year-old nephew. A gun was found in the room with her. Chief Kraus said, "It makes sense that she would have a gun if she felt that she was being threatened or that there was someone in the backyard."

According to Dean's arrest warrant, Jefferson's nephew told a children's forensic interview specialist about what he saw that night. He said his aunt heard a noise from outside, took her handgun from her purse and pointed it toward the window. He said his aunt was shot and fell to the ground.

During the press conference, Kraus apologized for Jefferson's death and said his officers are hurting.

"I don't have any officers saying this action should not have been taken against this individual, this officer. I'm getting the complete opposite response. Chief, thank you for being quick and decisive. This is going to help heal us," said Kraus.

"I ask you, please do not let the actions of one officer reflect on the other 1,700. There is absolutely no excuse for this incident, and the person responsible will be held accountable. Miss Jefferson's family and our community will have the last word. The courts will speak on her behalf."