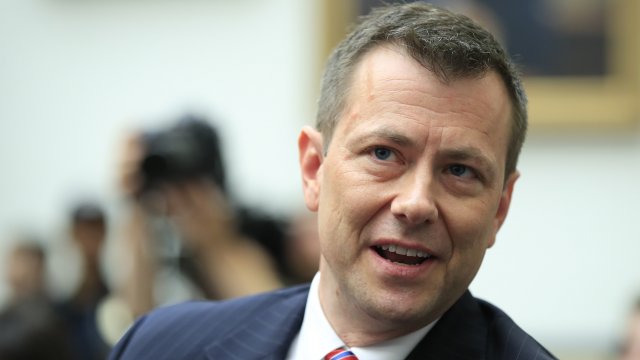 Messages critical of President Donald Trump sent between Strzok and former FBI lawyer Lisa Page were released to the press in 2017. Strzok was fired over the texts. The president and supporters portrayed the texts as evidence of political bias — and, worse, a potential plot against the Trump campaign and presidency.

He told AP he doesn't believe his texts broke agency rules. But he said he "deeply regret[s] casually commenting" on matters he observed in the news and behind the scenes. Strzok said he's sorry his words fueled "absurd conspiracy theories."

He writes in the book that his messages gave Republicans in Congress "fodder for right-wing indignation that would eventually ferment into the deep-state fairy tale that would consume conservative media.”

Strzok concludes by alleging the president is willing to accept political help from foreign countries and "subvert everything America stands for." He writes, "One of the harshest realities that special agents must accept is learning to live with the knowledge that someone's misdeed may not be punished."

The memoir, titled "Compromised: Counterintelligence and the Threat of Donald J. Trump," comes out Tuesday.