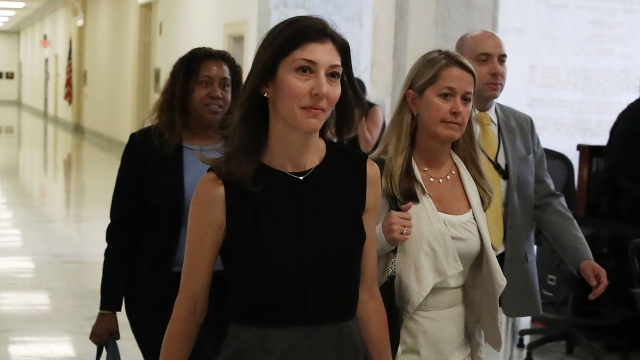 Lisa Page says she is suing the DOJ and FBI for "unlawfully" releasing text messages between her and a former FBI agent.

Former FBI lawyer Lisa Page says she is suing the Justice Department and the FBI for allegedly violating the Privacy Act by leaking text messages between her and former FBI agent Peter Strzok to the media.

In a tweet Tuesday, Page wrote: "I sued the Department of Justice and FBI today. I take little joy in having done so. But what they did in leaking my messages to the press was not only wrong, it was illegal."

The lawsuit claims the agencies released the messages to "elevate DOJ's standing with the president."

The lawsuit comes just a day after the Justice Department's inspector general found Page did not play any role in the decision to launch an investigation into the Trump campaign's involvement with Russia during the 2016 election.

Several of the text messages unfavorably mentioned the president. In 2017, Page and Strzok were removed from then-special counsel Robert Mueller's investigation because of it.

The lawsuit says the attacks from the president and his allies caused her "permanent loss of earning capacity due to reputational damage." Page is seeking damages of at least $1,000.