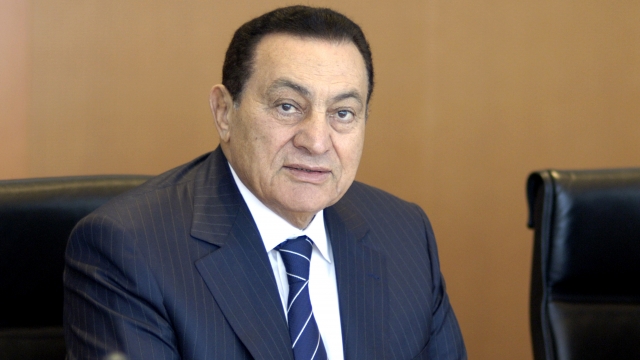 Former Egyptian President Hosni Mubarak has died at the age of 91.

Media outlets report he had recently undergone surgery and died in the hospital.

Mubarak served as president of Egypt for almost 30 years. He resigned in 2011 after thousands of people protested the repression, corruption and poverty in Egypt and called for Mubarak to step down.

Mubarak was at the center of several criminal trials and was jailed for years after being forced from office. He was released in 2017 after being acquitted of most of the charges.

Mubarak is survived by his wife, children and grandchildren.