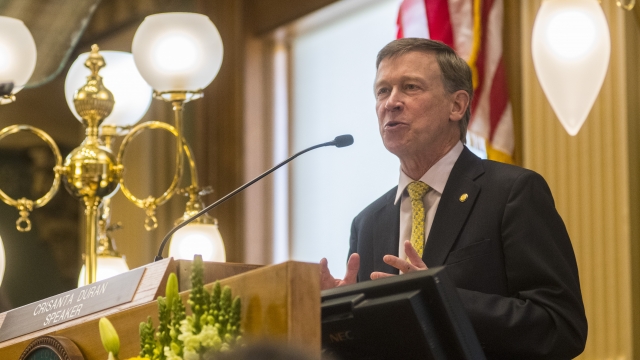 Former Colorado Gov. John Hickenlooper is throwing his hat in the ring for the 2020 presidential race.

"I'm John Hickenlooper. I'm running for president because we're facing a crisis that threatens everything we stand for. As a skinny kid with Coke bottle glasses and a funny last name, I've stood up to my fair share of bullies. Standing tall when it matters is one of the things that really drives me," he said.

Hickenlooper made the announcement in a video posted Monday. He's joining more than a dozen Democratic candidates who have already announced their intentions to run.

CNN described Hickenlooper as a "dark horse for the presidency," mostly because he doesn't have the national recognition some of the other candidates do.