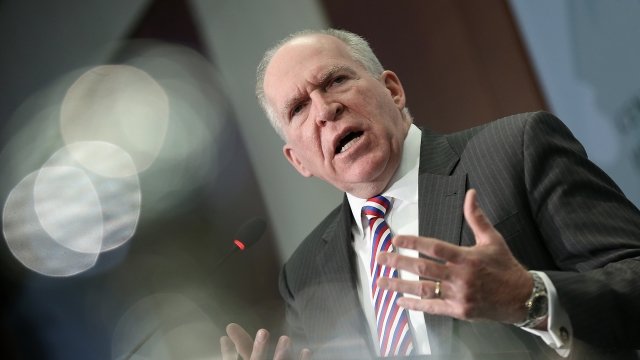 A growing number of people are speaking out against President Trump's decision to revoke the security clearance of former CIA director John Brennan.

Friday, a group of 60 former CIA officials added their names to the list. A letter from the group said former government officials should be free to express their personal views on national security issues.

The group doesn't take a stance on any of Brennan's comments to the media. But they say their signatures represent a "firm belief that the country will be weakened if there is a political litmus test applied before seasoned experts are allowed to share their views."

Trump said he revoked Brennan's security clearance because Brennan was using his previous position to make "unfounded and outrageous allegations" about the administration.

Brennan called Trump's decision "an attempt to scare into silence others who might dare to challenge him."