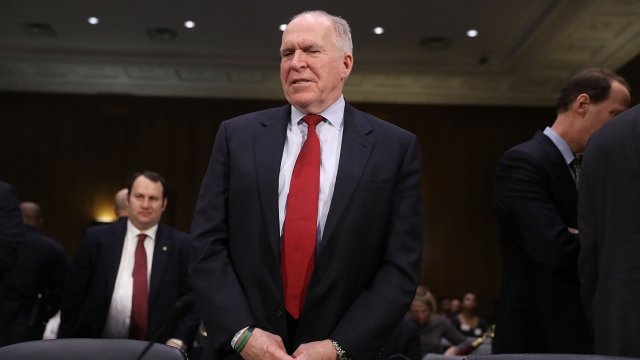 Brennan told NBC's "Meet the Press" on Sunday the move was an example of President Donald Trump's "egregious abuse of power and authority."

He said he is considering options to get an injunction that would block Trump from revoking clearances from people who criticize him in the future.

The move was a little unusual, since former officials typically keep their security clearances so they can consult with their successors. Sanders said that reason didn't justify Brennan keeping his clearance.

He was the first to have his security clearance revoked since Sanders announced the list.