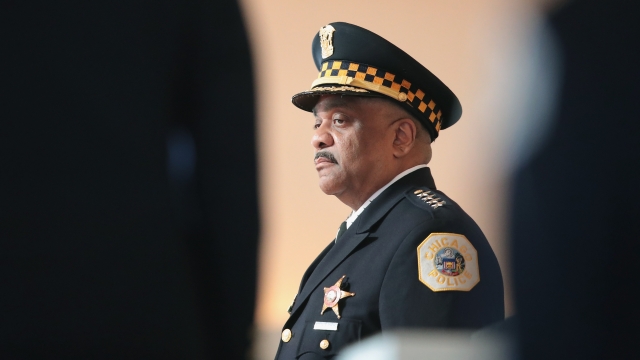 SMS
Former Chicago Police Superintendent Says He Didn't Lie To The Mayor
By Katherine Biek
By Katherine Biek
December 4, 2019
Eddie Johnson was discovered sleeping in his parked car in October. The incident ultimately led to his firing.
SHOW TRANSCRIPT

Former Chicago Police Superintendent Eddie Johnson says he had a "lapse of judgment" on the night he was discovered sleeping behind the wheel of his parked car.

The mid-October incident is ultimately what led to Johnson's firing this week by Chicago Mayor Lori Lightfoot.

"It has become clear that Mr. Johnson engaged in a series of actions that are intolerable for any leader in a position of trust, particularly the head of the Chicago Police Department," Lightfoot said.

When Johnson was discovered asleep in his personal car, he admitted he had a few drinks with dinner, but said he pulled over during his drive home because he felt lightheaded. Johnson said he felt that way because he had forgotten to take a medication.

Lightfoot said an investigation into the incident tells a different story and that Johnson lied to her several times about his actions. Johnson and his attorney both deny this claim.

Johnson had originally planned to retire at the end of the year. But in his first statement after his firing, Johnson said he felt he was still leaving the Chicago Police Department with his "integrity intact."