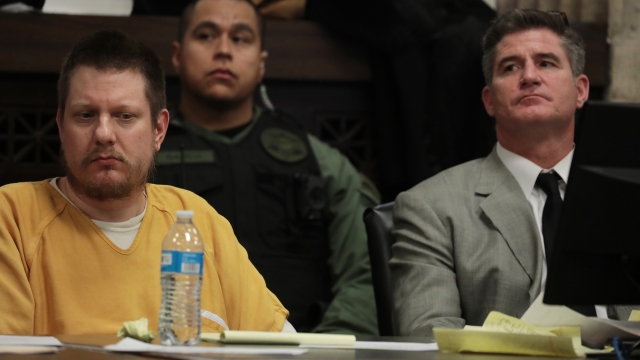 During the hearing, the prosecution and defense teams called character witnesses including Van Dyke's daughter, former police colleagues, witnesses who'd filed prior complaints against Van Dyke and one of McDonald's family members.

Van Dyke fatally shot McDonald, a black teen, 16 times on the southwest side of Chicago in October 2014.

Following a legal battle with the city, a Cook County judge forced the Chicago Police Department to release dashcam video of the incident.

That video sparked national outrage and protests across the country.

It showed Van Dyke shooting McDonald within seconds of arriving on the scene, as McDonald appeared to be backing away from police at the time.

The release of the footage was followed by the firing of the CPD superintendent, the ousting of the former Cook County state's attorney and plans for the Chicago PD to adopt a new use-of-force policy.

It also served as a key piece of evidence in the trial. Jurors found Van Dyke guilty of second-degree murder and 16 counts of aggravated battery in October.

On Thursday, three Chicago police officers charged with covering up details of McDonald's shooting were found not guilty in a bench trial.