Catalonia's Former President Has Been Detained In Germany 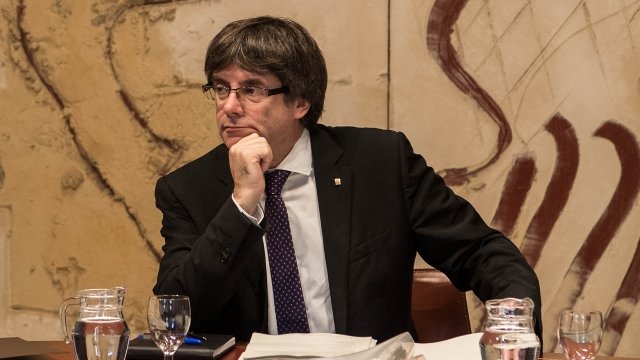 Catalonia's former leader has been detained in Germany after crossing the border from Denmark. That's according to his lawyer.

Carles Puigdemont was on his way to Belgium from Finland when he was taken into custody on an international arrest warrant.

Let's take a step back. In October, the then-Catalan president declared the region would separate from Spain after an independence referendum.

That declaration led Spain to dissolve Catalonia's parliament and take control of the region.

Puigdemont has been living in self-imposed exile in Brussels, Belgium.

If Puigdemont returns to Spain, he could face up to 45 years in prison on charges of rebellion and sedition alone. He's also charged with misuse of public funds.