Catalonia's Former President Might Ask To Be Let Back Into Spain 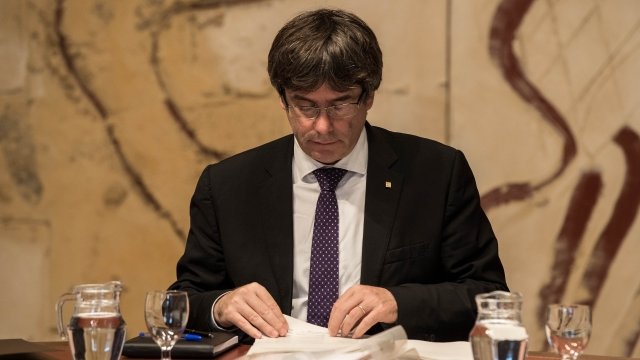 The former Catalan leader who helped the region declare independence will likely ask the Spanish government to let him back into Spain.

Let's take a step back. In October, then-Catalan president Carles Puigdemont declared the region would separate from Spain after an independence referendum. That declaration led Spain to dissolve Catalonia's parliament and take control of the region.

Puigdemont's been living in exile in Brussels, Belgium. He's the only candidate for Catalonia's presidency, but if he returns to Spain he could be arrested on charges of rebellion, sedition and misuse of public funds. 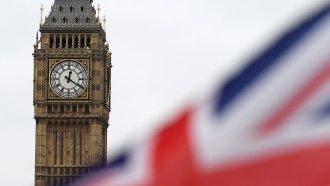 Puigdemont had planned to attend a swearing-in ceremony this week via video conference. But on Saturday, a Spanish court ruled he can't be sworn in while abroad. The court also said he would need a judge's permission to attend a parliamentary session.

Now, Puigdemont's party says he's going to do exactly that. While it's unclear if a judge will grant his request, The Guardian reports his party is hopeful and that he could be back in Spain by the end of this week.