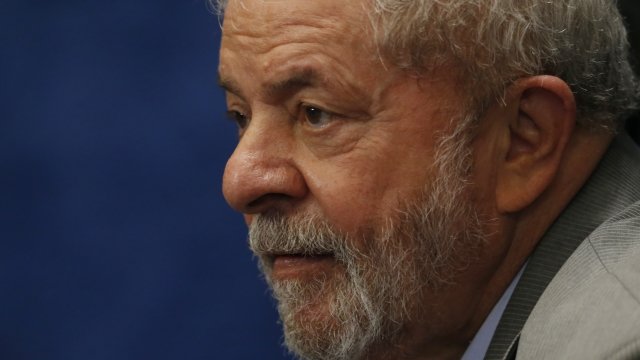 By Jake Jones
September 11, 2018
Fernando Haddad will take his place on the ballot.
SHOW TRANSCRIPT

Lula da Silva, often referred to simply as "Lula," was Brazil's president from 2003 to 2010. He left office with sky-high approval ratings and remains one of Brazil's most popular politicians. But last year he was convicted on a corruption charge related to his presidency. He's currently serving a 12-year sentence.

Lula's maintained his innocence and says the charges are political. He appealed his conviction and lost. Lula's name remained on the ballot until Tuesday, the deadline for registering presidential candidates.

Lula's party announced his running mate Fernando Haddad would take his place on the ballot. Haddad was a former education minister in Lula's administration as well as a former mayor of São Paulo.