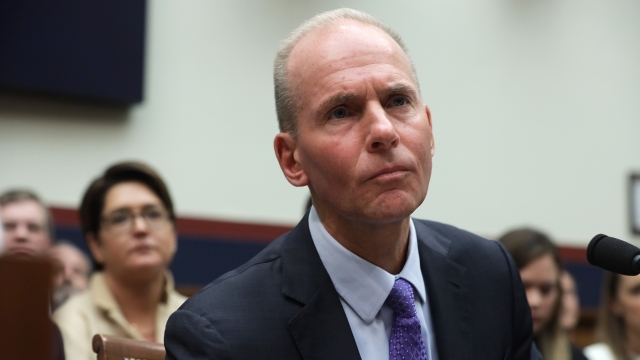 Boeing has revealed that former CEO Dennis Muilenburg, who was fired last month, will depart with more than $60 million coming his way.

Boeing disclosed Friday that Muilenburg is still contractually owed stock and pension awards totaling $62.2 million. The company, however, added that he will not receive additional severance or a 2019 bonus, and will forfeit stock awards worth $14.6 million.

Muilenburg was fired in late December after he was unable to stabilize Boeing following two crashes involving the company's popular 737 Max jet that killed a combined 346 people. The fallout from the crashes led to a worldwide grounding of the 737 Max and a series of regulatory and financial crises for the company.

Boeing said at the time that it had "decided that a change in leadership was necessary to restore confidence in the company moving forward as it works to repair relationships with regulators, customers and all other stakeholders."

Moving forward, Boeing board Chairman David Calhoun is set to take over as CEO on Monday. He will reportedly receive a $7 million bonus if he is able to get the 737 Max safely flying again.