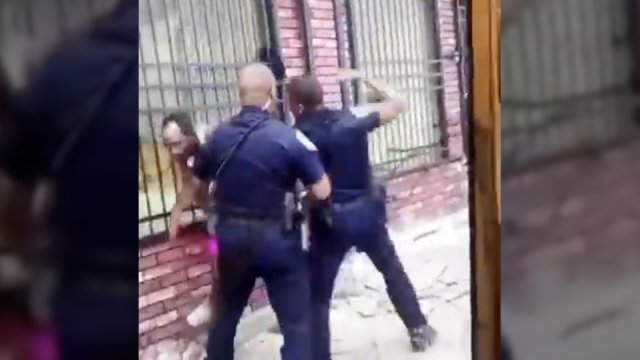 A former Baltimore police officer is facing charges after a violent incident with a citizen was caught on camera.

A grand jury indicted Arthur Williams on Tuesday for first- and second-degree assault and misconduct in office.

Video of the incident shows a uniformed Baltimore police officer exchanging words with a man before repeatedly punching him and pinning him to the ground.

According to Newsy's partner WMAR, Williams and the man, DeShawn McGrier, had interacted before, and the situation on Saturday stemmed from McGrier refusing to show his ID.

Williams was suspended almost immediately, and he resigned from the department the next day. The other officer seen in the video is on administrative duty.

The department's interim commissioner said he was "deeply disturbed" by the video and said it serves as an example of what officers should not do.