John Glenn, Astronaut And Former US Senator, Dies At Age 95 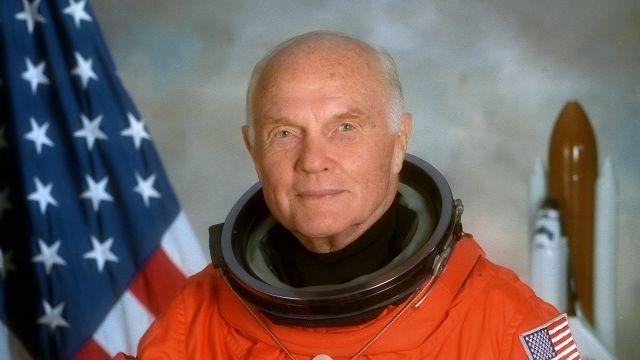 SMS
John Glenn, Astronaut And Former US Senator, Dies At Age 95
By Matt Picht
By Matt Picht
December 8, 2016
He was the first American to orbit Earth, and he holds the record for being the oldest person to travel in space.
SHOW TRANSCRIPT

Former U.S. senator and astronaut John Glenn has died. He was 95 years old.

Glenn served as a military pilot during World War II and the Korean War, and he was one of the seven pilots selected to be in NASA's first group of astronauts.

Glenn launched into space aboard the Friendship 7 spacecraft on Feb. 20, 1962. He circled the Earth three times before re-entering, making him the first American to orbit the planet.

Glenn left the space program to pursue a career in politics as a Democrat. He was elected as a U.S. senator for Ohio in 1974, and he served until 1999.

Glenn returned to space aboard the space shuttle Discovery in 1998. He was 77 at the time, and he holds the record for being the oldest person to travel in space.

Correction: An earlier version of this video mistakenly used footage of a Russian rocket. The video has been updated.