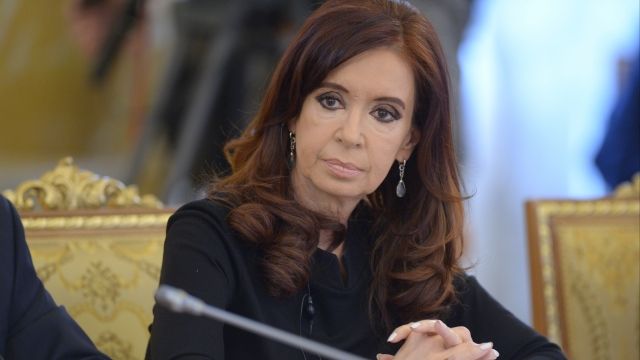 Argentina's former president has been indicted on corruption charges.

On Tuesday, a judge allowed prosecutors to move forward with a case against Cristina Fernández de Kirchner for illicit association and fraudulent administration.

Prosecutors allege Kirchner and her husband, Néstor, who had also served as president and has since died, favored a friend's construction company when awarding public works contracts.

The #NiUnaMenos Movement Is Fighting Femicide In Argentina

The judge ordered about $640 million worth of Cristina Kirchner's assets be frozen.

Cristina Kirchner served as the country's president from 2007 to 2015. She denied the allegations, claiming they are politically motivated.

Argentina Prepares For Life Without The Kirchners

Corruption allegations are nothing new to Kirchner and her associates. Earlier this year, she was indicted for allegedly  manipulating the country's Central Bank exchange activities.

Another South American leader was also in trouble earlier this year. Brazil's Senate impeached President Dilma Rousseff for allegedly altering financial documents to keep government programs running, despite a massive deficit. She, too, denied the allegations and called the impeachment a "coup."