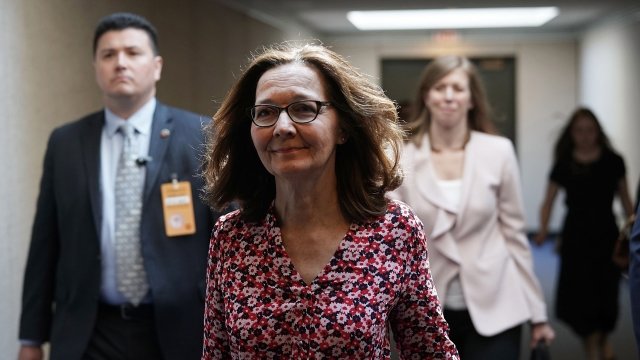 More than 100 former U.S. ambassadors and other diplomats sent a letter to the Senate to express their "serious concerns" over President Donald Trump's nominee to head the Central Intelligence Agency, Gina Haspel.

The diplomats seem most concerned about Haspel's reported role in the CIA's so-called "black sites" — locations tied to the use of enhanced interrogation techniques. Many of those techniques are considered torture.

Haspel ran one of those secret sites beginning in 2002.

The letter urged the senate to reject Haspel if there's evidence she "played a role in torture or other forms of detainee abuse, or the destruction of evidence relating to such activities."

The ambassadors worry that if Haspel is confirmed, authoritarian leaders around the world might see it as a means to justify their own behavior.