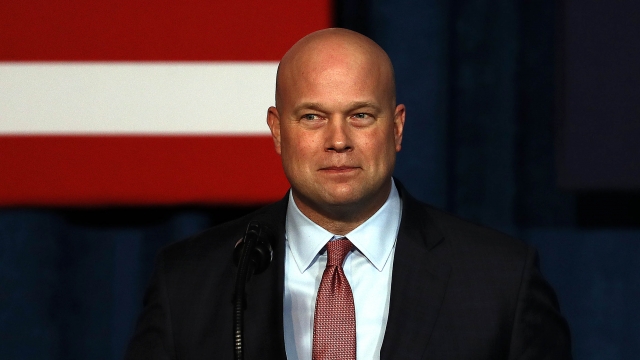 Former Acting Attorney General Matthew Whitaker has volunteered to meet with lawmakers to clarify his testimony with the House Judiciary Committee.

Rep. Jerry Nadler confirmed the meeting and said it will be scheduled in the coming days.

It's unclear what statements from Whitaker's Feb. 8 testimony he will be asked to clarify, but when Nadler first asked Whitaker to return earlier this month, he claimed the acting AG's answers were "unsatisfactory, incomplete, or contradicted."

During his testimony, Whitaker was grilled on a wide range of topics, including whether he's been impartial in his supervision of Robert Mueller's investigation, transgender people serving in the military, his relationship with President Trump, and family separations at the border.

Nadler said in a letter to Whitaker, "You repeatedly refused to offer clear responses regarding your communications with the White House, and you were inconsistent in your application of the Department’s policy related to the discussion of ongoing investigations."

He also could be asked about a New York Times article that alleges President Donald Trump called Whitaker while he was the acting AG and asked him to put Manhattan U.S. Attorney Geoffrey Berman, an ally to the president, in charge of the investigation into his former personal lawyer Michael Cohen.

The Justice Department has said Whitaker stands by his testimony.