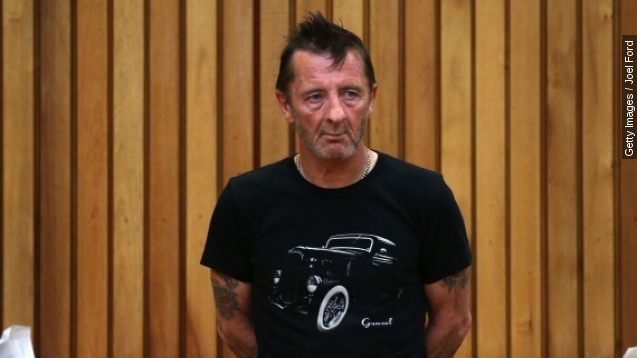 There are few details about Rudd's arrest, but we know he was arrested at his Tauranga, New Zealand, home Saturday evening.

This arrest comes less than two weeks after the 61-year-old was sentenced to eight months of house arrest for possession of methamphetamine and marijuana and for threatening to kill a former employee.

At his sentencing, Rudd was threatened with jail time should he break the rules of his house arrest. The judge reportedly told him: "I stone cold guarantee that's where you'll end up. I'm not your headmaster, I'm not your father, I'm a judge."

His lawyer confirmed the arrest to several media outlets and said Rudd will appear in court Monday morning.