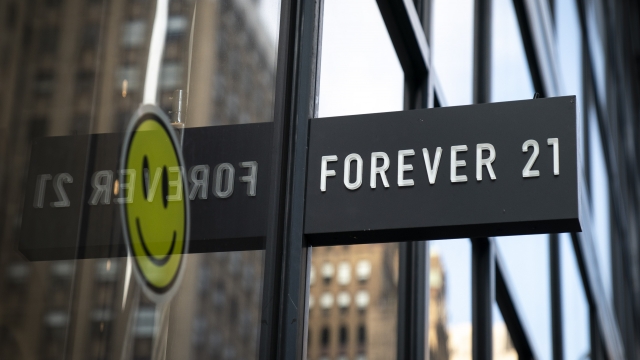 Forever 21 has made an $81 million deal to sell all of the retail company's assets.

The agreement with a group of mall owners, Simon Property Group, Brookfield Properties and Authentic Brands Group is known as a "Stalking Horse Purchase Agreement." It hasn't been finalized yet. Other bidders can make offers until Feb. 7. Then, the bankruptcy court will have to approve the deal.

Forever 21 filed for Chapter 11 bankruptcy in September. At the time, it planned to close hundreds of its remaining 800 stores worldwide.

Mall owners have reportedly been concerned that if Forever 21 closes, it could leave a lot of open space. CNBC reports the retail company has about 100 storefronts with one of the mall owners that's a part of the purchasing group.

As Newsy has previously noted, fast fashion retailers like Forever 21, Wet Seal and Aeropostale have struggled to keep physical stores open as younger customers shift their focus from mall visits to online shopping.