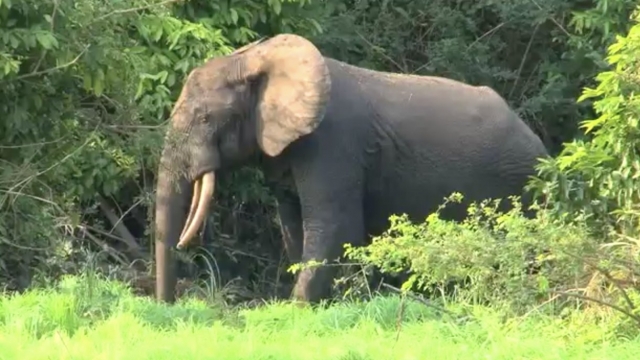 SMS
This Species Of Elephants Will Need 90 Years To Recover From Poaching
By Ryan Biek
By Ryan Biek
August 31, 2016
It took only a decade to eliminate about 65 percent of the population.
SHOW TRANSCRIPT

It will take an estimated 90 years for a species of elephants to recover from the devastation poachers caused over the course of just over a decade.

And that same species has one of the slowest reproduction rates of any mammal. A female forest elephant has a baby once every five to six years, and she doesn't start reproducing until she's over 20 years old.

Researchers in a new study say the forest elephants' slow birth rate and poachers killing them for their tusks are two reasons why it will take just under a century for the species to reach the same population level it had in 2002.

Poachers have caused so much damage already that if all the killings stopped immediately, it'd still take about 40 years for forest elephants to recover.

The species isn't quite an endangered population yet, but it is considered vulnerable.

Forest elephants also have an important role in their ecosystem; many tree species rely on the animals to spread their seeds.

This new study comes just days before one of the world's largest conservation events begins. This year, a motion is up for a vote that would call on governments to close ivory markets within their borders.