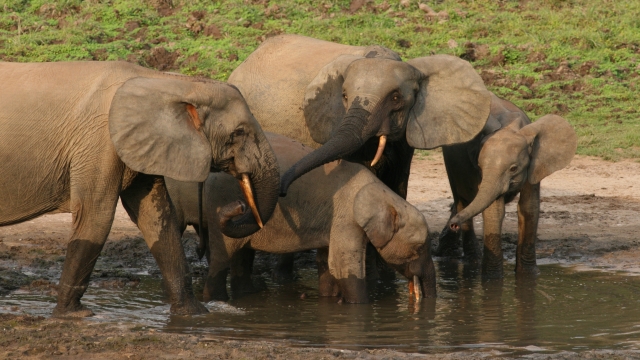 SMS
Protected Land Isn't Keeping African Forest Elephants Safe
By Katherine Biek
By Katherine Biek
February 21, 2017
Poachers have killed as much as 81 percent of the forest elephant population in one national park, according to a new study.
SHOW TRANSCRIPT

It turns out elephants aren't safe from poachers even when they are living on protected land.

In 2004, an estimated 35,000 forest elephants lived in Gabon's Minkébé National Park in Africa. But new research from Duke University says around 80 percent of those elephants had been killed by poachers by 2014.

Forest elephants' tusks are made of an extra-hard ivory that's pinkish in color, making them a prime target for poachers.

This latest finding seems to build on a 2013 estimate that as many as 100 of these elephants were being killed every day.

"Studies showing sharp declines in forest elephant populations are nothing new, but a 78 to 81 percent loss in a single decade from one of the largest, most remote protected areas in Central Africa is a startling warning that no place is safe from poaching," Duke University researcher John Poulsen said.

Gabon's government has attempted to stop the poaching of its elephants by creating a National Park Police force and increasing the prison terms for ivory poachers. 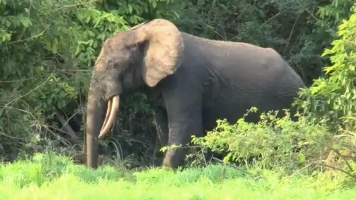 The Duke researchers say Gabon needs to work more with law enforcement across its borders. Poachers from its neighbor to the north, Cameroon, play a large part in the illegal ivory trade.

The northern part of the national park is only about four miles from Cameroon, making it pretty easy for poachers from that country to cross into the park.

Experts estimate there are now only 75,000 forest elephants living in central Africa.