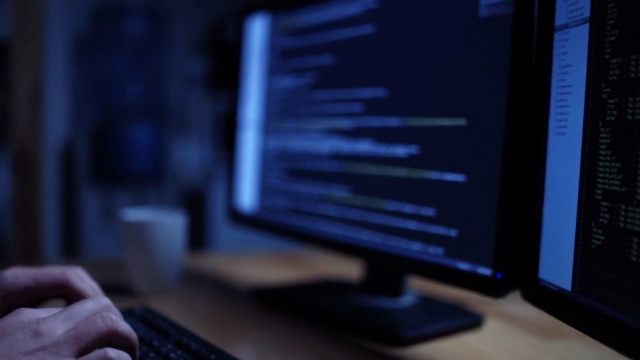 SMS
False Information Abroad And At Home Plaguing The Coronavirus Crisis
By Sasha Ingber
By Sasha Ingber
March 23, 2020
The United States' biggest adversaries accuse the U.S. of creating the coronavirus for biological warfare. Domestic falsities are also on the rise.
SHOW TRANSCRIPT

The U.S. is not only at war with the coronavirus, it’s fighting foreign and domestic actors who are trying to spin the narrative for their own political ends.

"This is a frightening time," says Ben Nimmo, head of investigations at Graphika. "Everybody is scared, and that's what all the different disinformation actors are trying to target. Once you're scared, you're going to be less thoughtful."

A Chinese foreign ministry spokesperson recently said the coronavirus started in the U.S., sharing a dubious report that suggested it came from a biological warfare lab at Fort Detrick in Maryland. Iranian state media echoed that message.

And then there’s Russia.

"They're putting out all sorts of disinformation, competing narratives about where the virus is, what it's doing, where it came from, all of this stuff through their regular overt channels like RT and Sputnik, but also through kind of covert underground influence channels online," says Wilson Center disinformation fellow Nina Jankowicz.

"The outlet itself won't say, 'We think that the Americans created coronavirus in a weapons lab.' They'll find somebody who genuinely believes that and put them on air and then they'll just ask them leading questions," says Nimmo.

Disinformation experts say the messages are meant to preserve the authoritarian regime, especially as Russian President Vladimir Putin supports a constitutional amendment that could keep him in office for another 16 years.

At a recent White House press briefing, a reporter asked, "On the issue of disinformation, is there any particular locus for this disinformation or is it diffuse?"

"It’s pretty diffuse, unfortunately," said Secretary of State Mike Pompeo. "But we’ve certainly seen it come from places like China and Russia and Iran ... We’ve made clear, we’ve spoken to these countries directly, that they need to knock it off."

But groundless and sensational assertions aren’t just being crafted overseas. They’re happening here at home. On the right:

"It looks like the coronavirus is being weaponized as yet another element to bring down Donald Trump," said Rush Limbaugh on the show he hosts.

And on the left, there are others asserting that "Trump’s going to use this precedent to cancel election." Just to be clear: He can’t.

"A lot of it boils down to the blame game," Nimmo tells Newsy. "And in various different ways, trying to push different stories that will make it look like a particular country is to blame or a particular group is to blame."

"Clearly neither of them are true," says Jankowicz. "No one created this virus in order to wreak political havoc, and that’s something that's very unfortunate and something that's going to cause tragedy and millions of Americans' lives. And in order for democracy to function, we need trust in the system, and both of those messages undermine that trust."