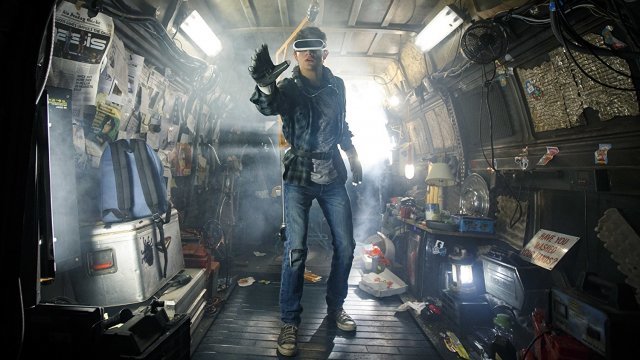 "Ready Player One" just had the second-biggest domestic debut of the year — behind "Black Panther," of course.

For all the gamer, VR and tech nerds out there, congrats, guys — this one's for you. Taking the No. 1 spot this week is "Ready Player One," bringing in an estimated $41 million domestically in its debut weekend. That's the second-largest opening weekend of the year behind "Black Panther," which hit theaters in mid-February and is now the 10th highest-grossing movie of all time worldwide.

Which is good, because the film reportedly cost more than $175 million to produce. Putting the Iron Giant in a massive multiplayer VR battle don't come cheap.

Taking the No. 2 spot this week is an enraged Taraji P. Henson — "Hidden Figures," this is not. "Tyler Perry's Acrimony" brought in an estimated $17 million domestically in its first week out.

This is the first movie from the Atlanta-based media mogul in just over four years that doesn't feature his, um, indelicate alter ego.

Tyler Perry films almost always do better at the box office with a cameo from Mabel "Madea" Simmons, which makes "Acrimony" a box-office success — despite "Boo 2! A Madea Halloween" having a better box-office opening.

Keep your head up, Taraji — it's hard competing with the queen of black Hollywood.

Appearing in third place for the first time in its theater run is "Black Panther," bringing in an estimated $11 million. I would go on with the records and such, but I don't think we have the time.

As for next week, two parents realize they can't keep their kid quiet, and their life does depend on it.