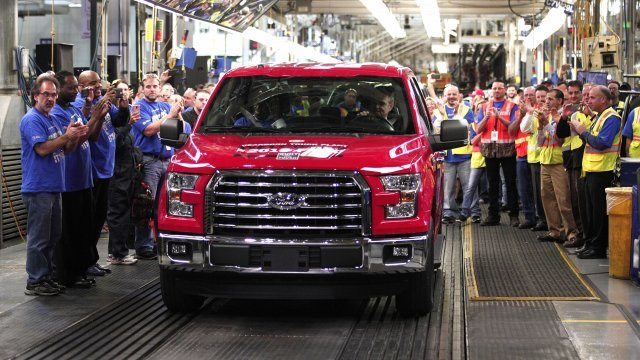 Ford says it will restart production on one of its most popular pickup trucks Friday.

The company had to pause production on its F-150 series after a Michigan factory that supplies its parts caught fire earlier this month. Thousands of workers were affected by the shutdown.

The F-150 series is one of the company's most profitable. And it's been the best-selling vehicle in America for decades.

That may be why Ford enlisted the help of a rare Russian cargo plane and orchestrated an international airlift to move equipment and get production back up and running.

Ford's president of global operations said some workers will return to work Friday but that he hopes all employees will be able to return on Monday.