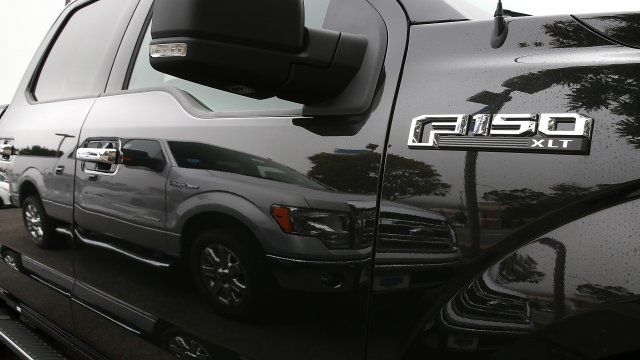 SMS
Ford Recalls More Than 800,000 Trucks
By Ahmed Jawadi
By Ahmed Jawadi
December 21, 2018
The issue stems from an engine block heater cable that may corrode and cause a fire.
SHOW TRANSCRIPT

Ford Motor Company said Friday it is recalling more than 874,000 of its trucks in North America over possible fire concerns.

The auto company issued the recall for some 2015-19 F-150 models and some 2017-19 Super Duty models. The vehicles in question are the ones equipped with engine block heaters. Ford says water and contaminants can corrode and damage the block heater cable over time, which can cause it to short and possibly start a fire.

A little less than half of the vehicles affected are in the U.S., with the rest in Canada. Ford said it is aware of three incidents of fires due to the block heater cable, with one of the fires reportedly causing minor property damage. The company said this is only an issue when the truck is parked and its block heater cable is plugged into an electrical outlet.

This is the latest in a string of recalls this past year for Ford Motors. In September, the company recalled nearly two million of its F-150 pickup trucks because of a seatbelt defect.