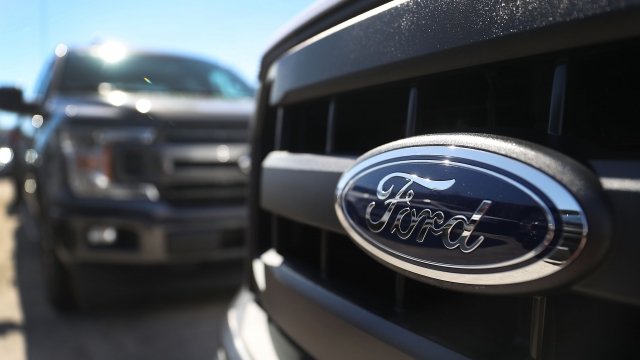 Ford Motor Company issued a recall Thursday for nearly two million of its best-selling vehicles — the F-150 pickup trucks — because of a seatbelt defect.

The defect in the F-series lineup made between 2015 and 2018 can cause sparks, which could result in smoke and potentially a vehicle fire when deployed in a crash. The recall report stated "Ford is aware of 17 reports in the U.S. of smoke or fire" and that it's "not aware of any reports of accident or injury related to this condition."

USA Today reports the massive recall comes after the National Highway Traffic Safety Administration started investigating five reports of fires because of the problem. This is expected to cost Ford around $140 million, according to public filings.

The company will notify truck owners by mail to take their pickups to a Ford or Lincoln dealer so this can be fixed with no charge.