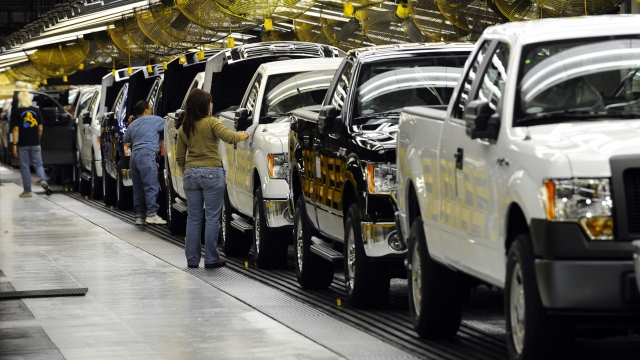 Ford Motor Company is recalling almost 1.5 million trucks that can downshift into first gear without warning.

The affected vehicles include 2011-2013 Ford F-150 trucks with 6-speed automatic transmission. Ford said depending on the vehicle's speed, the sudden drop in gears could "result in a loss of vehicle control, increasing the risk of a crash."

Ford said it's aware of five reports of accidents, including one that may have resulted in whiplash. Dealers can update some software in affected vehicles, as a way to fix the problem.

This is just the latest in a string of recalls for the car manufacturer. Back in December, Ford recalled almost 900,000 F-150 and Super Duty models over possible fire concerns. And in September, the company recalled almost two million F-150s because of a seatbelt defect.