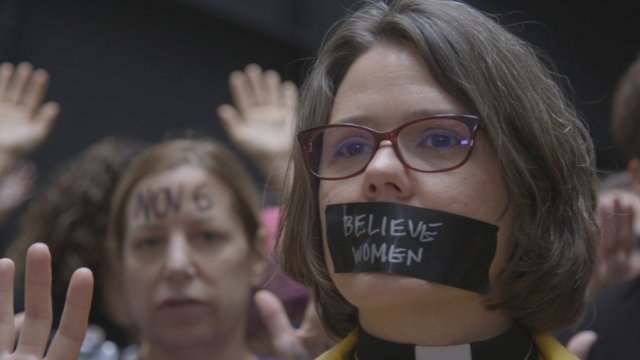 Hundreds of demonstrators -- mostly women -- descended on Capitol Hill on Thursday as Dr. Christine Blasey Ford answered questions from Senators about a sexual assault allegation she made against President Donald Trump's Supreme Court nominee Brett Kavanaugh. Many demonstrators said they were also victims of sexual assault and wanted to show their support for Ford. However, conservative women also showed up to lend their support to Kavanaugh and condemn liberals for "weaponizing" the #MeToo movement. 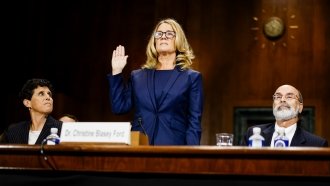