Yes, Ford is Moving To Mexico. No, Workers Won't Lose Their Jobs 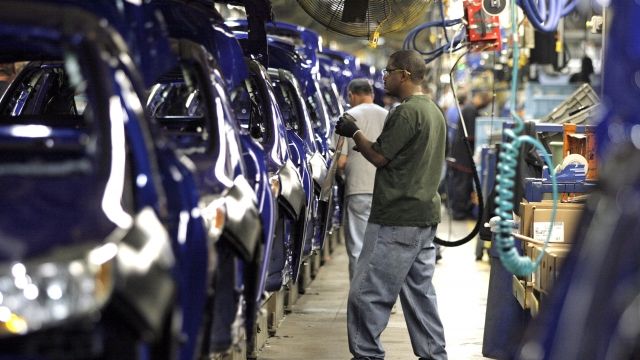 SMS
Yes, Ford is Moving To Mexico. No, Workers Won't Lose Their Jobs
By Lindsey Pulse
By Lindsey Pulse
December 11, 2016
Ford's CEO says the move is an effort to keep small car prices down.
SHOW TRANSCRIPT

American auto company Ford is, in fact, going to move some of its car production to Mexico, but people aren't going to lose their jobs.

In September, Ford announced plans to move some production south. The company is doubling down on that decision amid President-elect Donald Trump's threat that companies that leave the U.S. will face consequences.

For Ford and other automakers, that could mean a 35 percent tariff or tax on cars imported from Mexico.

But Ford CEO Mark Fields says, despite that, the company is still going through with the move. Ford will reportedly relocate its production of small cars like the Focus to Mexico to make room for other vehicles at one of its Michigan plants.

Fields says since the move is just to make more room, there will be "zero jobs affected, zero jobs impacted."

He also said the move is due in part to wanting to keep prices for small cars in line with customer expectations.

The new Mexico plant costs $1.6 billion and is expected to begin production in 2018.