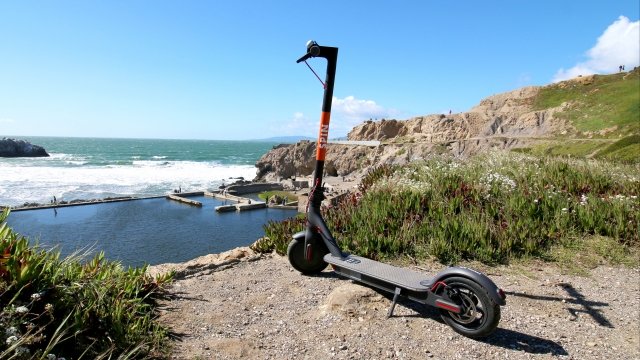 Ford Motor Company has added an electric scooter-sharing company to its growing list of mobility options.

The automaker said in a press release Thursday it's purchased the dockless scooter-sharing service Spin, a 2-year-old company based out of San Francisco. Ford hasn't said how much it paid, but multiple outlets report the price was between $40 million and $100 million.

Spin's acquisition should come as no surprise — Ford's been investing in mobility startups left and right over the past couple of years. Earlier this year, the car maker created a new division, Ford X, for the purpose of building and testing "new transportation products and services."

A Ford X head said the company plans to expand Spin's current 13 locations to more than 100 nationwide by 2020.

Like other rentable scooter services like Bird and Lime, users can unlock Spin scooters through an app. Ford said the current rental price of $1 plus 15 cents a minute will stay the same for the time being.