For Sales, PC-Makers Cozy Up To Competitors 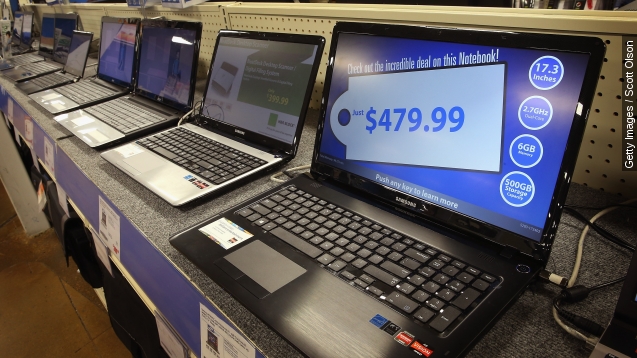 SMS
For Sales, PC-Makers Cozy Up To Competitors
By Leah Becerra
By Leah Becerra
October 15, 2015
PC-makers are standing together for the first time because, divided, their sales keep falling.
SHOW TRANSCRIPT

You know that saying, "United we stand, divided we fall"? Well, a whole bunch of PC makers are taking it to heart.

Re/code reports Intel and Microsoft are throwing a lot of adverting dollars at a new campaign bearing the slogan, "PC Does What?" HP, Dell and Lenovo are also tossing money into the effort — though not nearly as much — making this the first time all these PC competitors will stand united.

So, this is kind of a big deal. Because normally Microsoft and Intel might work with just one other company — not all of them, and not all at the same time.

This unlikely gang got together for one reason: PC sales are lagging. The research firm IDC forecasts sales will keep declining through next year, meaning shipments have fallen for five years straight.

Re/code says "PC Does What?" is designed make users in China and the U.S. realize that the computers they use at work and at home are probably outdated and aren't doing what a new one could.

So, basically, the campaign's goal is to get you to replace your 5-year-old PC — that still probably works perfectly fine — and buy a shiny, new one that "does what?" (Video via Microsoft)