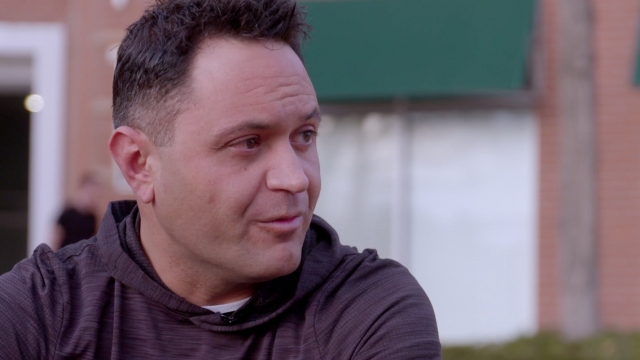 Mass traumatic events, like school shootings or the 9/11 terrorist attacks, are long-lasting for the people who lived through them. Survivors say talking about their challenges and successes as the years go on is not just part of coping, it's a critical part of their mental health treatment.

Zach Cartaya survived the 1999 Columbine High School massacre. In 2012, along with another Columbine survivor, he started the Rebels Project, a nonprofit that connects survivors of mass trauma. To date, they've worked with more than 1,200 survivors across 48 states.

"Right after the Aurora theater shooting, so many of my Columbine brothers and sisters were still hurting. And I found that so many of them were still unable to get the help that they needed and wanted and were unable to really kind of deal with some of those demons that did come from the shooting," Cartaya told Newsy.

"The suicides this week have been incredibly difficult. It's so hard to see those Parkland kids struggling. Losing Jeremy was by far one of the hardest things. Losing him was just a shock, because I was always so amazed by his strength. There is a part of me that's like, if someone that strong can lose their battle, what hope does anyone have? And that's a pretty scary, hopeless place, which fortunately I'm talking to people about it. Not only ... my friends and family, but, you know, professionals as well. You've got to keep running your marathon," he said.

The National Center for PTSD says nearly 30 percent of people who witness an American mass shooting develop post-traumatic stress disorder. What's more, Cartaya says, surviving a shooting takes a mental toll that can stay with a person for years.

"I think for everyone who survived some sort of mass trauma, survivor's guilt is always in the mix. It's incredibly isolating. And you know, you just can't help but feel alone when you're going through it. It's happened to me there. It took me eight years to initially go get help," Cartaya said. 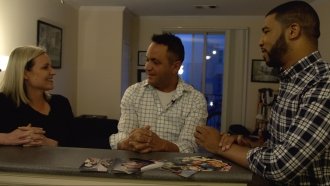 Two Columbine Survivors Have Worked To Move On, Heal By Giving Back

"I actually talked to a therapist for an hour and at the end of our hour long session, I said, 'Oh, by the way, I'm a Columbine survivor.' Because I thought my anxiety was coming from somewhere else," he said. "But I got better — until I didn't. And just a few catalysts, some events in my life led me straight back to needing help again. I ended up in intensive outpatient program. I was about to take my own life. And I had to really pull myself back together. And it took a lot of work."

Some symptoms of survivor's guilt include flashbacks, hopelessness, irritability and having difficulty sleeping. Experts say the signs are not always easy to spot.  Some research suggests people with childhood trauma are also more susceptible to survivor's guilt. Cartaya says he felt especially that after the Sandy Hook shooting.

"I just kept wondering ... why on Earth did I survive and 20 6-year-olds that are dead? It's easy to grieve and it's easy to feel like it's ... really isolated and alone in that."

But thanks to Rebels Project, he's not alone. Cartaya says being in a community of individuals and sharing what he calls a "commonality of suffering" is one of the first steps survivors can take — and one of the most important.

"I'm seeing more and more of us talk more and more every day. And so, you know, knowing that people are trying to own their stories and in their work we are helping to successfully reframe that trauma. And reframing my own trauma and building my own narrative has been really validating and really neat for me," he says.