For Life Expectancy, Where You Live May Matter As Much As Your Income 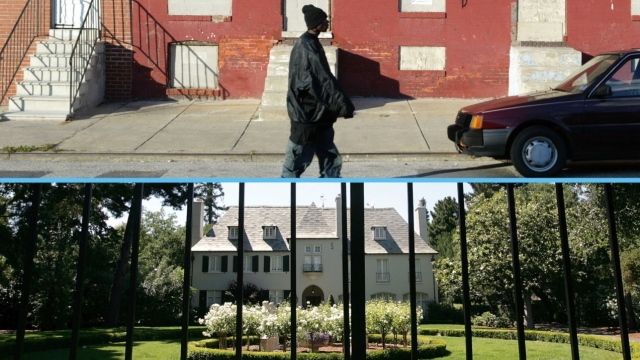 SMS
For Life Expectancy, Where You Live May Matter As Much As Your Income
By Ryan Biek
By Ryan Biek
April 11, 2016
A new study says certain affluent cities, like New York and San Francisco, have less of a gap in life expectancy between rich and poor citizens.
SHOW TRANSCRIPT

The rich stand a better chance of outliving the poor. This has long been known. But further research has now found the gap between life expectancy and income can even out, depending on where you live.

A new study, published in the Journal of the American Medical Association, found poor citizens in certain, more affluent cities like New York and San Francisco live almost as long as the wealthier citizens. But in other cities, like Detroit, the life expectancy of lower-income individuals is more bleak.

The researchers noted men among the top 1 percent of earners live almost 15 years longer, on average, than men in the bottom 1 percent. For women, the difference is 10 years.

The fact that these life-expectancy differences have tightened in some cities is interesting, since nationally, they only seem to be getting wider.

Looking at the broader picture, since 2001, people among the richest 5 percent are living roughly three years longer. Yet, the poorest 5 percent have seen virtually no change.

A challenge now is figuring out why certain cities have less of an income-health gap.

For the moment, there seems to be too many possible causes to count. Anything from tougher anti-smoking laws, less violent crime and even peer pressure to live a healthy lifestyle could contribute.

Besides the obvious goal of helping everyone live longer, a better understanding of the income-health gap could lead to legislative changes.

Some are questioning if the amount poor Americans pay to Social Security and Medicare is fair, compared with the amount of time they're expected to benefit from the services.

This video includes images from Getty Images and clips from NBC and CBS.