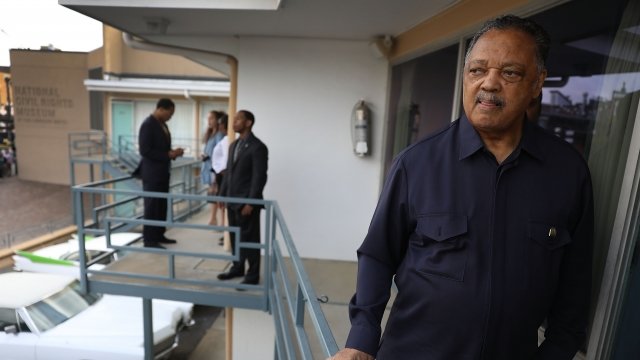 On April 3, 1968, Martin Luther King Jr. addressed a group of sanitation workers in Memphis, Tennessee. The address, known as his "Mountaintop Speech," would be his last.

"These interviews about Dr. King is like every time to you take the scab off, the wound is still raw," Rev. Jesse Jackson said. "Killed so cold-blooded [at] 39. And who was so full of love was so hated. Who was so committed to nonviolence was killed so violently. How they cut him off so quick. Never had the chance, and it hurts."

Fifty years later, the memory of King's assassination is still fresh in the mind of Jackson, a civil rights leader and close friend of King, who saw it unfold. We spoke to Jackson at his Rainbow PUSH Coalition headquarters about King's death and the violence that plagued the civil rights movement.