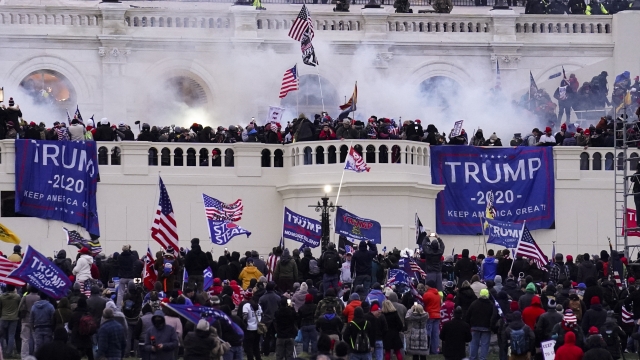 SMS
For Immigrants Who Fled Tyranny, Capitol Siege Felt Painfully Familiar
By Ben Schamisso
By Ben Schamisso
January 14, 2021
The breach of the U.S. Capitol was a shocking event for most Americans. But for immigrants who have fled dictatorships, it triggered complex emotions.
SHOW TRANSCRIPT

"I know how it feels not to have democracy."

"I was just numb for a moment because I couldn't believe what I saw," he said.

Mohammad fled Myanmar when he was 16. After spending nearly a decade in squalid detention centers across the world, he resettled to Chicago in 2018.

"We Rohingya have been persecuted for decades in our own country because law doesn't matter, order doesn't matter and fact doesn't matter. I didn't think I would experience something similar here," he said.

Mohammad says he felt safe for the first time in his life when he arrived in the U.S. at age 24. But now, he says he's scared for the future of his adoptive country.

"It is extremely frightening to see how divided the country is."

He urges other Americans to not take their rights and freedom for granted.

The attack on the U.S. Capitol was a shocking event for most Americans. But for immigrants and refugees who have experienced dictatorships, the siege triggered complex emotions.

"This is not the country that I learned to love when I came here," said Ana Gil-Garcia.

Gil-Garcia moved to the U.S. from Venezuela 40 years ago. Her family still lives there under an increasingly oppressive regime. Yet last week, they were the ones worried about her safety.

"I got a phone call from my sisters and they said, 'Sister, what is going on there?'" she said.

Gil-Garcia says the most disorienting part of watching the Washington riots was how familiar it all felt.

"Chavez was always, 'If you're not with me, you are my enemy,'" Gil-Garcia said.

She believes the president and other politicians directly incited the violence — and coming from a country where the ruling party has long operated above the law with impunity, she says it's crucial that they be held accountable.

"We didn't come to this country just to be violated in the same way that our rights have been violated in our own home country," Gil-Garcia said.