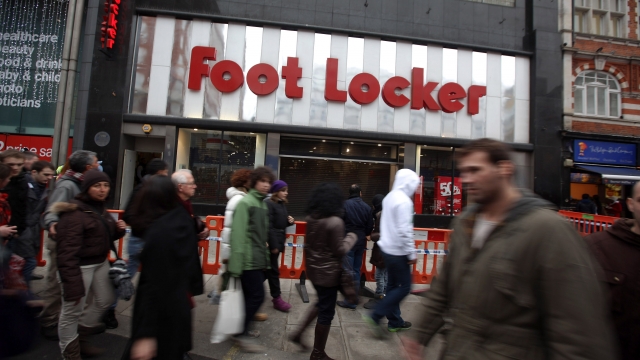 More than 200 footwear companies in the U.S. are urging President Donald Trump to cancel the proposed tariffs on Chinese imports over fears it will increase prices and cut jobs.

President Trump announced a 15% tariff on $300 billion worth of Chinese goods earlier this month. Tariffs on some of those products have been delayed until Dec. 15. But the companies said in a letter to the president that most footwear will face an added 15% tariff starting Sunday. That's on top of existing footwear tariffs, which average about 11% but can be as high as 67%.

In that letter, which was released Wednesday, companies including Foot Locker and Adidas wrote, "Imposing tariffs in September on the majority of all footwear products from China — including nearly every type of leather shoe — will make it impossible for hardworking American individuals and families to escape the harm that comes from these tax increases."

According to the trade group Footwear Distributors & Retailers of America, the 15% tariff will cost Americans an additional $4 billion a year.

FDRA's chief executive said the higher tariffs would result in job cuts in the industry.

The tariffs are part of the ongoing trade war between the U.S. and China. They were announced after China imposed new tariffs on $75 billion worth of U.S. goods.