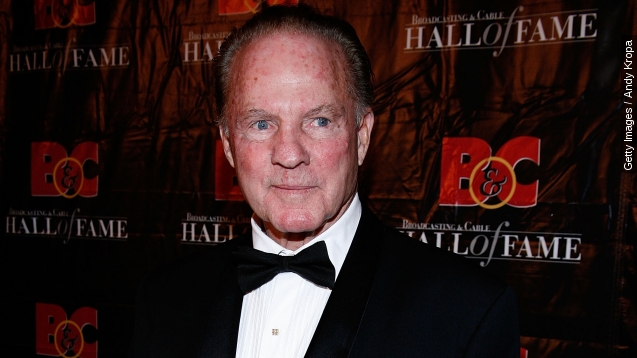 SMS
Football Legend And Sportscaster Frank Gifford Dead At 84
By Leah Becerra
By Leah Becerra
August 9, 2015
Frank Gifford, who played for the New York Giants in the 1950s and later became a sports broadcaster, has died at 84 years old.
SHOW TRANSCRIPT

His family announced the news, telling NBC he died of natural causes at his Connecticut home.

Gifford's athletic career started in 1952 and ended in 1964 — the era before the Super Bowl, when the Pro-Bowl was a main event.

After leaving the gridiron, Gifford kept close to the game as a broadcaster — both with CBS and as an announcer with ABC on "Monday Night Football."

Gifford is survived by his wife — TV host Kathie Lee Gifford — and children.