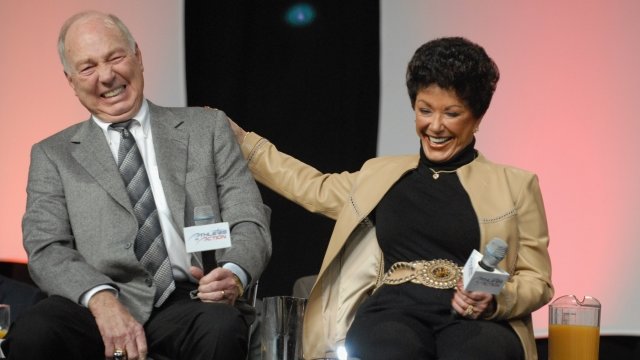 Football great Bart Starr has died. He was 85 years old.

Starr died in Birmingham, Alabama. His health had been failing after having two strokes and a heart attack in 2014.

Starr's football career started with the Green Bay Packers in 1956. As quarterback, he led the team to victories in the first two Super Bowls in 1967 and 1968. He won Most Valuable Player honors in both games.

After retiring as a player, Starr was hired as Packers' head coach in 1975 and led the team for nine seasons. He was inducted into the Football Hall of Fame in 1977.

Starr is survived by his wife and son.