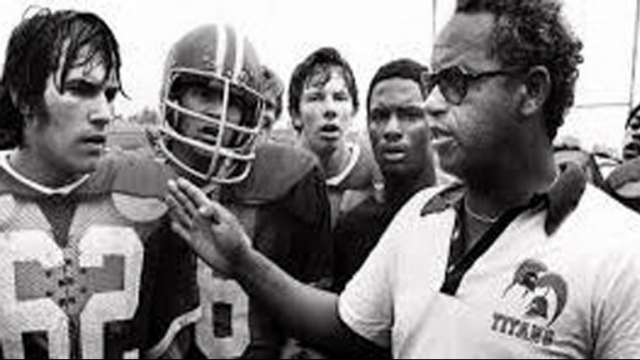 Herman Boone, the hard-driving Virginia high school football coach played by Denzel Washington in the movie "Remember the Titans," has died after battling cancer. He was 84.

The hit 2000 film cast Boone and his integrated football team at T.C. Williams High School in Alexandria, Virginia, as an uplifting symbol for racial reconciliation.

The movie depicted Boone as the uncompromising, thundering leader of football players suddenly thrown together as mandatory desegregation merged a black school with a white school.

In 1971, the real-life Boone became the first African American head football coach at T.C. Williams after three schools were joined together. The school system had actually been fully desegregated eight years earlier, but the additional consolidation again inflamed racial tensions.

Years after T.C. Williams went 13-0 and won the Virginia state high school football championship, the story made for a powerful Hollywood script. Some local residents say the film exaggerated racial tensions for dramatic purposes. But it also depicted stirring come-from-behind victories — when T.C. Williams dominated opponents with its vast assemblage of talent.

In addition to the state title, Boone coached T.C. Williams to four district titles and two regional titles. He was fired in 1979 amid allegations of abusive conduct toward players. However, in 2016, he was honored as one of Alexandria's living legends.