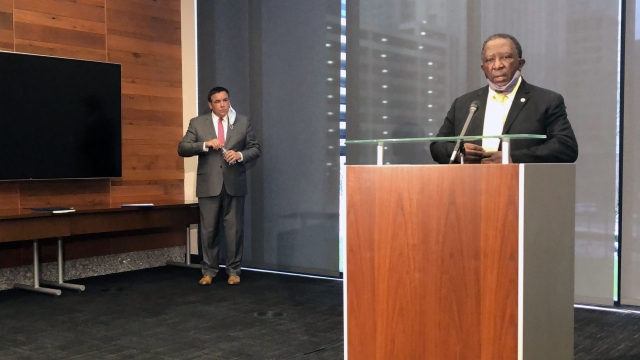 Police in Ohio released body-cam footage of a Columbus officer fatally shooting a 47-year old Black man. Now, I want to warn you, the video you are about to see is disturbing.

Okay, so this is the moment after officer Adam Coy fatally shot Andre Hill Tuesday.

The officer yelled at him as he laid on the ground. The new video shows Coy shooting Hill after he comes out of his garage.

The officer did not activate the camera, so there is no audio before he fires his weapon. So we don't know if it's unclear if the officer identified himself or yelled any commands.

The city's mayor is calling for him to be fired and as of now, he's been relieved of his duties, pending an investigation.